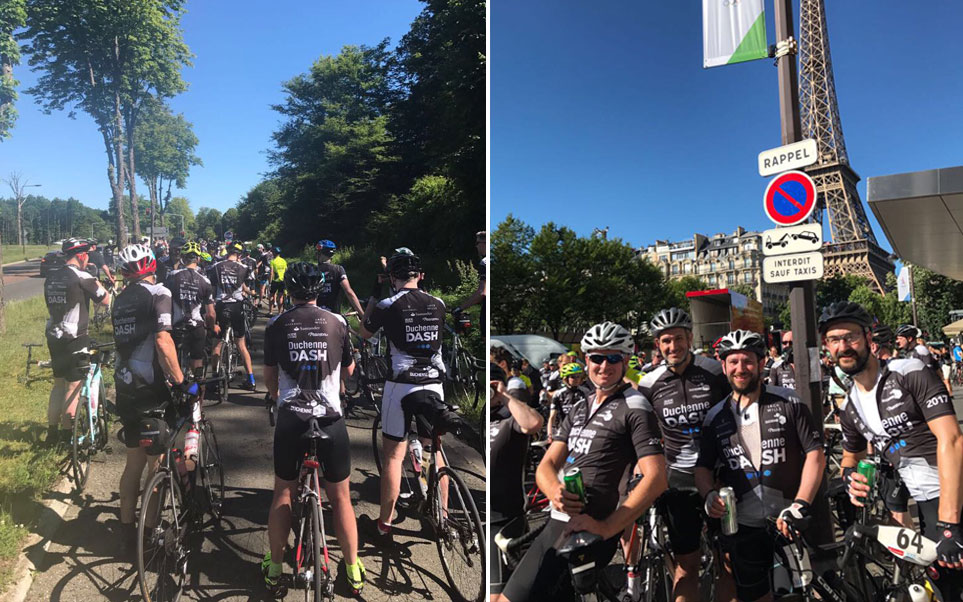 Stuart has been fund raising for many years and this month embarked on his biggest fund raiser yet. On the 10th June, Stuart and 240 others cycled 300 miles from London to Paris in 24 hours in a bid to raise £1 million for a charity that is very close to his heart.

Some of you will have heard of Muscular Dystrophy. Some of you may even have heard of Duchenne. This is a particular strain of MD which is caused by a mutilation in the gene for the protein dystrophin and is degenerative and life limiting. Boys will often be wheelchair bound by their early teens and unfortunately die by their early 20’s. The charity Duchenne UK is run by parents, fighting every day to speed up treatments for their children and those living with MD. Their approach is 100% focused on advancing research and getting treatments into the clinic and to patients as quickly as possible.

The reason behind Stuart’s decision to support this charity is because his cousin Liz has been directly affected by Duchenne. James, Liz’s eldest son always had limited movement in his legs but was assured by the medical professionals that it was just late development and that he would be just fine. On Dec 24th 2013 James was diagnosed with Duchenne and Liz was pregnant at the time with twins. On December 27th 2013 Liz gave birth to twin boys and both were diagnosed with Duchenne.

Carbon are delighted to announce that not only did Stuart reach his £5,000 target but thanks to everyone that entered, Duchenne UK raised the £1 million they needed.

Well done to Stuart and his team. What an amazing achievement!