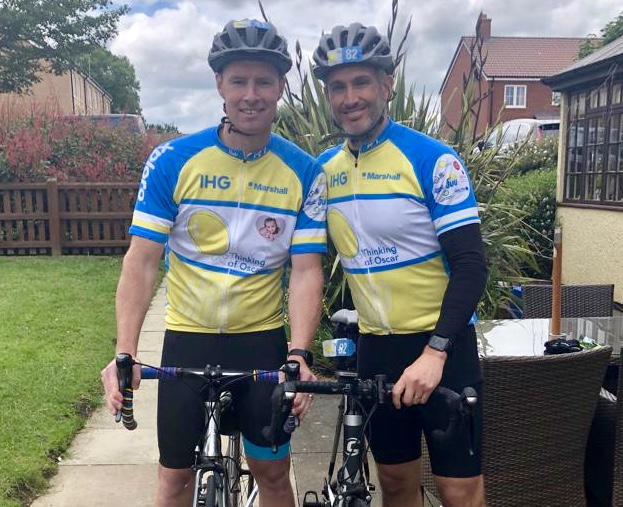 When we asked Stuart how he found the challenge, his response was “I have done some crazy stuff in the past but never backed it up over a five day period. Although it was incredibly tough in places, it was an absolutely fantastic event and I will doubtless bore many with the details when I see them in person. Day three was, without doubt, the toughest which incorporated the Pennines and 2000+ meters of climbing over 105 miles.  Very few of those miles were flat and we were cycling into what seemed like a constant headwind and rain! Riding in and out of England’s major cities to visit the children’s hospitals was a challenge in itself with the traffic and inclement weather conditions. The reception we received from the various hospitals was fabulous albeit mixed with looks of disbelief that we were undertaking such a challenge. Thank you again for all of your support and I hope one last push might get us to the point of hitting target which will have a direct impact on the future our children’s healthcare in the UK”.

To date, Stuart has raised £3,676.50 (of a £4,000 target), which is a fantastic achievement and we would like to thank everyone for the support, both financially and verbally, over the last few months whilst he trained and prepared for TOO500. It really did and continues to make a massive difference and we are very grateful.

If you would like to sponsor Stuart, find out more about the charity or the #TOO500 route, please click on the links below;